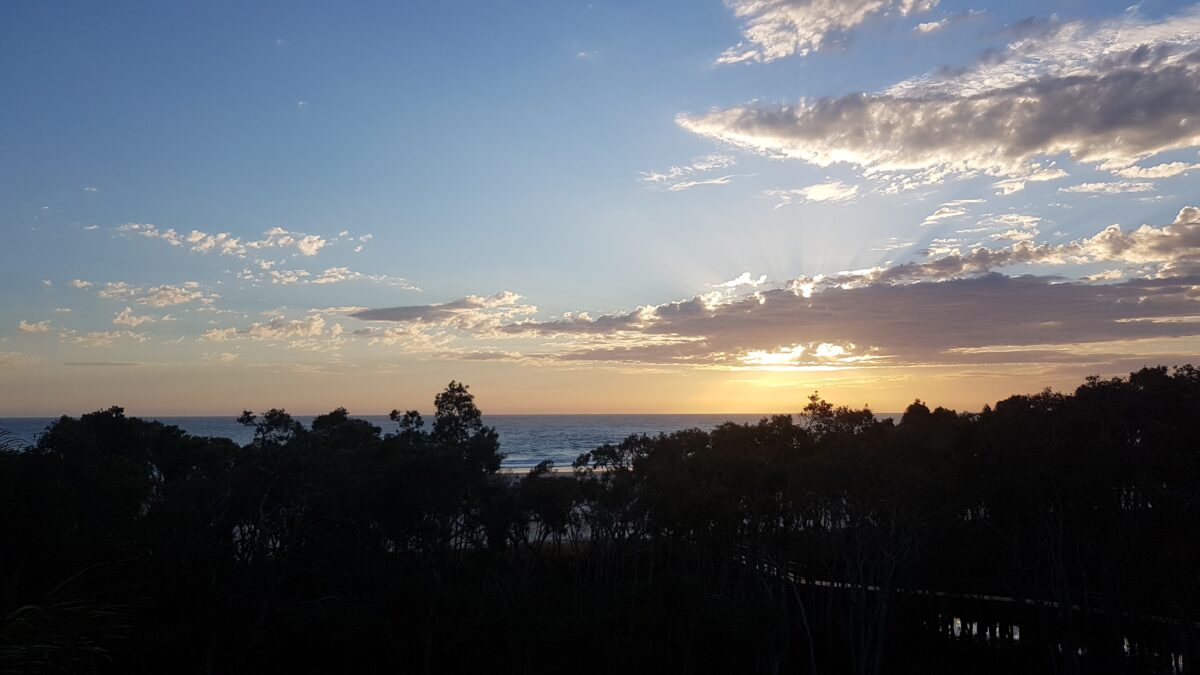 The 2020 Tokyo Olympics brought the issue of the mental health of elite athletes into the spotlight with the open admission of mental health issues by Naomi Osaka (World No.2 tennis player) and Simone Biles (American gymnast considered one of the greatest gymnast ever).  Both elite athletes acknowledge that their performance and capacity to participate to the best of their ability was impacted by mental health issues.  One of the key stressors for both these athletes was the burden of expectations, their own and that of other people, including the press and social media.

In winning the 2019 Australian Open singles title, Naomi Osaka was the epitome of mindfulness in action – displaying resilience in the face of setbacks and disappointments, overcoming negative thoughts and drawing on gratitude as a means to stay grounded in the present moment.  Yet by the middle of 2021, Naomi was experiencing severe mental health issues that led her to withdraw from the French Open after winning her first round match.

Naomi explained that she had experienced “long bouts of depression” since her win over Serena Williams at the US Open in 2018.  She found giving post-match interviews particularly difficult because she is an introvert and inherently shy and has trouble dealing with the public scrutiny and criticism of the way she plays a match.  Because of these difficulties, she publicly stated that she would not give post-match interviews during the 2021 French Open.  This attracted a vehement response from an unforgiving press and social media that had created her social persona and related performance expectations.  Added to the stress of the moment was a fine of $15,000 for refusing to be interviewed after her first round win, along with the threat of expulsion from the French Open (along with other Grand Slam events).

Some people rallied around Naomi and praised her for her willingness to publicly acknowledge her mental health issues, her judgment in taking a “mental health break” to concentrate on “self-care”, and her desire to avoid being a “distraction” from the main event.  Some ruthlessly and with no compassion judged her as weak and suggested she toughen up.  So the very criticism she had wanted to avoid was heaped on her after her decision to withdraw for mental health reasons.

It is understandable then that Naomi (with the memory of the trauma of the French Open still raw and real), should play a “loose game” when losing her Olympic third round match to world No. 42 Marketa Vondrousova.  Naomi admitted that she found the pressure of expectation too difficult to handle.  She had been made the “face of the Olympics”, had her first round match delayed so that she could light the Olympic Torch at the Opening Ceremony and carried with her the hope of her entire country, Japan (the host of the Olympics).

Barney Ronay wrote a scathing piece during the 2020 Tokyo Olympics about the role of media in Big Sport creating a “24-hour rolling hell” amid what he described as an “endlessly hostile kind of unregulated social experiment”.  He points out that the athletes carry the weight of unrealistic expectations to be brilliant all the time, to assuage the sadness and despair of individual nations with rays of hope and achievement and fulfill political desires and sponsor demands.  He argues that the world has become “a place of unceasing noise, reverence, poison, expectation” where athletes who have had a disrupted preparation in the face of pandemic uncertainty are subjected to the amplification of their mistakes and the associated “unkind words” voiced by caustic observers.

Naomi, in an insightful essay in Time Magazine after her French Open withdrawal, expressed her disappointment and regret that she was subjected to detailed, public scrutiny of her mental health condition by the press and French Open organisers.  She explained that this invasion of privacy aggravated her mental illness at the time (and subsequently, through the memory of these painful events).  She asked for “empathy” and “privacy” from the press.

There is now a special three-part Netflix documentary on Naomi Osaka which will help people to understand the influences in her life, the pressures she is under and the ways she seeks to manage overwhelming expectations.

Privately, we each carry expectations of elite athletes and at times express criticism of their performance without knowing what is happening in their lives at a point in time or understanding the pressures they are under. It might be more helpful, caring and compassionate to refrain from our criticisms and focus on what the athlete has had to go through to achieve an elite performance level.

I have just finished reading Tania Chandler’s novel, All That I Remember About Dean Cole, which tracks the journey of a young woman from trauma to triumph.  This penetrating and “compelling portrait” of mental illness is insightful and engaging.  In an interview about her book, Tania explained that the book is “about memory, time, mental illness, perception, and perspective”.  She stated that she drew on her lived experience of mental illness in her book as well as thorough research into areas such as trauma, mental health, depression, schizophrenia, psychosis, caring for people with mental illness, burns care, terror attacks and synaesthesia.

Tania’s book can help us become more aware that people we interact with daily are all subject to the influence of past events whether they experienced psychological control in a relationship, sexual abuse, physical abuse, trauma, social conditioning, parental neglect, an alcoholic parent, parental divorce or any of the multitude forms of adverse childhood experiences.  This should encourage us to be more empathetic and compassionate towards others.

As we grow in mindfulness through loving-kindness meditation, reflection and other mindfulness practices, we can enhance our sensitivity and compassion, develop insight into mental illness and its behavioural manifestations and learn ways to develop self-care, gratitude and compassionate thoughts and action.  In the process, we can develop our resilience in dealing with challenging times, ill-health, disappointments and setbacks.  We can grow in awareness of the impact of our words and actions and learn to overcome habituated responses such as criticism.