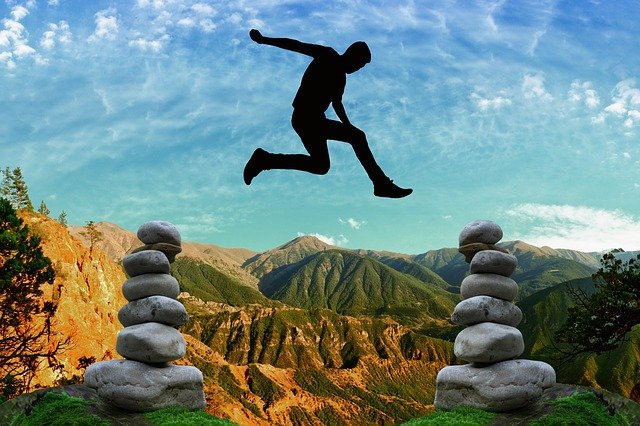 Simone Biles, considered one of the greatest female gymnasts of all time, had a rocky road at the 2020 Tokyo Olympics (23 July to 8 August 2021) that had been delayed because of the pandemic.  Simone, who has won 32 Olympic and World Championship medals, experienced mental health issues at the Olympics and opted to withdraw from the US team event after completing only one of the four components in the artistic gymnastics competition.  She also withdrew from individual events including the all-round gymnastic competition.

However, Simone returned for one event, the balanced beam, to win a bronze medal in a tight finish.  Her courage and resilience in the face of her mental health issues is a source of inspiration for many others, including elite athletes who suffer from the burden of expectations.  Her courage is immortalised in the Binge© movie about her life – the 2018 movie, The Simone Biles Story – Courage to Soar, which among other things depicts her adverse childhood experiences which included foster care.

During the final of her first event, the vault, as part of the US Gymnastic team, Simone experienced the “twisties” which can be very dangerous because it involves disorientation through loss of spatial awareness while twisting and turning in the air and attempting to land.  It can cause serious injury such as that experienced by British gymnast, Claudia Fragapane, during the 2016 Olympics.  Claudia explained that Simone would have experienced the “twisties” as a mental block resulting from too much pressure – unrealistic expectations that fail to acknowledge that world-class gymnasts, while being able to perform “superhuman” feats, are in fact human and vulnerable.

As Simone herself commented, “At the end of the day, we’re not just entertainment, we’re human” and gymnasts not only have to manage the intricacies and demands of the sport but also “things behind the scenes”. In her case, one of the sad and disturbing things that happened during the Olympics was the unexpected death of her aunt, which occurred two days before her return to compete on the balance beam.

The courage to return

Simone returned to the Olympic competition to compete in the individual balance beam final where she won a bronze medal.  She displayed incredible courage to return and risk injury but had clearly developed a balanced perspective through her mental health crisis.  She said of her Olympic Bronze Medal, that it “means more than all the golds” because of the courage and resilience she had to draw on over the previous five years and the week of the Olympics. She also indicated that she valued her “physical and mental health” above all the medals.

During her break from the pressure of the 2020 Olympic competition, Simone spent time utilising the training facilities of Juntendo University which is located just outside Tokyo.  There she was able to regain her balance and confidence to enable her to return for the individual balanced beam event. She publicly expressed her deep gratitude for their support and technical assistance.  To acknowledge their support publicly when she herself was in the limelight demonstrated her humility, appreciation and healthy confidence.

Simone is globally acknowledged for achieving “gravity-defying” feats that no one else has been able to achieve.  After this Olympics, her personal achievement in dealing with her mental health issue will rank up there with her physical achievements and inspire many others to seek help and grow through their challenges.

When we are confronted with unrealistic expectations we can become both disturbed and distracted and lose perspective.  Sometimes, it requires “time out” (as in basketball and beach volleyball) to assess what is going on and to regain our perspective.  Simone showed us that she had the courage to declare her difficult mental state and to take time out to find her balance (physically and emotionally) and restore her perspective.

It took even more courage to return to the Olympic competition despite the sometimes vitriolic media commentary that saw her as “deserting her teammates”.  She had to face not only her inner demons but also the external, unthinking critics who lacked understanding and compassion.  Simone also demonstrated courage in bringing “the topic of conversation on mental health to light” which she stated “meant the world” to her.

Simone was willing to disclose what action she had taken to be able to return to the competition and she did so to express her gratitude to people who helped her in the intervening period.  As I discussed previously, gratitude is one thing that Naomi Osaka uses to help her become grounded in challenging situations.  Ash Barty, too, has gratitude as a foundational value.

We can develop our own resilience and courage by using meditation, reflection and other practices to grow in mindfulness.  This will help us to explore our inner landscape and our habituated responses and enable us to develop healthy confidence and a balanced perspective.