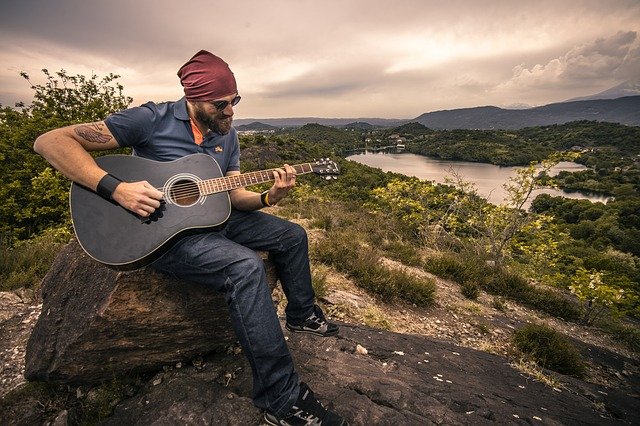 Christine Jackman describes silence as the space in which one was “free to breathe and simply be”.  It is a space without speaking or being spoken to.  In the context of mindfulness, silence does not mean the absence of sound, just the absence of unwanted inner and outer noise – freedom from the noise pollution of our minds and of a busy world.  It is a refuge – a place of retreat from inner chatter and outer noise.  In stillness and silence, we can find inner peace and tranquility.

Many mindfulness practices involve being still and listening to sounds, either the room tone or external sounds from wind, rain, birds, or other sounds.  The aim of these practices is to maintain focus on sound and keep our minds free from other distractions.   Sound meditations can strengthen our concentration and listening skills and  contribute to our overall well-being.  Sound can also be provided as an anchor for people involved in trauma-sensitive mindfulness.

What we are aiming to achieve in sound-based mindfulness practices is an inner silence and harmony – turning off self-stories, negative thoughts, interpretations, or projections.  Basically, it involves tuning out of the inner dialogue by tuning into sound.  We strengthen our awareness muscle when we are able to return to our inner silence and focus whenever distracting thoughts occur.

Music as a pathway to inner silence

Christine Jackman, in her book Turning Down the Noise, describes her search for “the quiet power of silence” in her busy world.  She found inner silence in a number of places, including while participating in Vespers in a Benedictine Monastery – an evening prayer that is recited or sung.

Another form of ecclesiastical music, Gregorian Chant, has developed over many years by monastic orders dedicated to prayer and silence as a way to develop inner silence – the focus on singing meaningful phrases to the sound of monotonal music serves to shut out distractions and build inner peace and harmony.

Mantra meditations often employ a musical instrument (e.g., a drum or guitar) together with chanting long-established phrases that evoke positive emotions such as peace, harmony, relationships, or connectedness to nature or a higher being.  Repetition of the lyrics enables a deeper penetration into the meaning of the words that are sung mindfully and facilitates a deepening inner silence and tranquility.

The silence between the notes

Richard Wolf, author of In Tune: Music as the Bridge to Mindfulness, identified what he called “12 bridges to mindfulness” created by music.  These include deep listening and “sympathetic vibrations”.  Richard argues that music is a key to inner silence, one of the bridges to mindfulness.  He makes the point that silence is embedded in music – music notations for the duration of a note are matched by “an equal notation for the duration of silence” between the notes.  He mentions Miles Davis’ emphasis on the “connection between the role of silence in music and in life”.

Some music composers pay particular attention to silence within their compositions.  Richard refers, for example, to the work of John Cage and his important piece of music, 4’33”, in which the pianist begins by not playing but sitting still for 4 minutes 33 seconds as a way of “drawing  the audience’s attention to the process of listening itself”.  This engenders a particular form of participation whereby the audience through their silence become part of the performance.

This blog post was stimulated by a conversation I had with a musician friend of mine who played the guitar professionally, both as an individual and as a member of a band.  We had been discussing music and mindfulness when he mentioned a story about how he had become distracted during a performance.  He was playing guitar with his group on a footpath outside a building when a car pulled up and two men hopped out of the car and headed towards the musicians.  My friend immediately began to think, “Are they going to disturb us?” or “Are they interested in the music?”

As he thought about the possibilities, he became mentally distracted, lost his place in the music, and played some wrong notes.  Up until the distraction, his band was exhibiting some of the characteristics identified by Richard Wolf as bridges to mindfulness , e.g., concentration, harmony, and sympathetic vibration.  However, as a result of regular music practice, my friend was able to restore his focus and catch up with the music and his other band members very quickly.

The positive influence between mindfulness and music is bi-directional – it operates in both directions. As we grow in mindfulness, our capacity to play music, sing and listen deeply, develops; as we play music, practise playing and sing, we can grow in mindfulness because music can provide the bridge to inner silence.  Mindfulness practice and music practice both build our power of concentration, our awareness muscle, our ability to achieve resonance with others, and our overall well-being.  Richard highlights the positive impact of inner silence on our relationships when he writes, The ability to silence the inner voice creates the conditions for truly hearing the voices of others.

Image by SplitShire from Pixabay