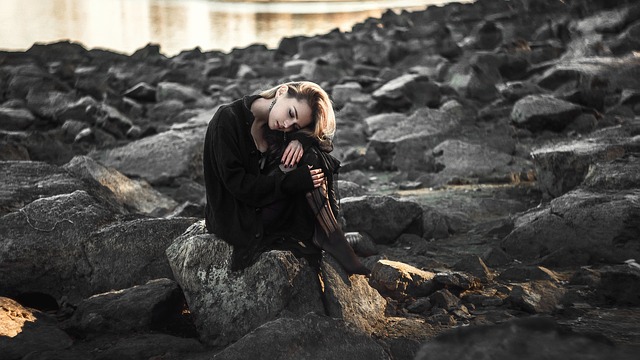 In my previous post, I discussed the loss of connection to meaningful work as one social factor impacting the rise of depression and anxiety.  Johann Hari, author of Lost Connections: Uncovering the Real Causes of Depression, found through his research, and that of his colleagues, that another major contributor to depression is the growing disconnection from other people being experienced in Western societies today.  This disconnection from others has led to an epidemic of loneliness in Britain, America and Australia.  The U.K. Government, in recognition of this growing social problem, has appointed a Minister for Loneliness.

Social change and the rise of loneliness

Robert Putnam, through research over more than 25 years covering almost 500,00 interviewees, provided evidence that people are becoming increasing disconnected from family, social groups, the wider community and neighbours.  The title of his landmark book incorporating this social research, Bowling Alone, captures the essence of his findings – people are now bowling on their own in a dedicated lane instead of bowling in a group as was the practice previously.  The level of volunteering has dropped dramatically as has active participation in what Robert terms “democratic structures”.

Johann suggests that this increasing tendency to “go it alone” is compounded by the often-repeated advice that change begins with you and that no one can help you but yourself – you have to fix yourself unaided.  He points out that this advice is contrary to the history of humanity which evidences our tribal nature and co-dependence.  Our forebears had to cooperate to survive – going it alone led to extinction.

The physical health costs of loneliness

Johann draws on the results of a range of research projects to demonstrate that loneliness dramatically increases the risk of catching infection and of dying from a serious health problem such as heart attack or cancer (risks like those of a person who is obese). The research highlights the fact that loneliness leads to an increased heart rate and production of stress-related cortisol (similar to what happens when a person is attacked physically).

The link between loneliness and depression

In his Lost Connections book, Johann draws heavily on the extensive research conducted by John Cacioppo into the link between depression and loneliness and the essential nature of the experience of loneliness.  John established that loneliness preceded the emergence of depressive symptoms in one of his many studies.  In another study he found that people who revisited a period of intense loneliness became “radically more depressed”, whereas people who recaptured a period of real connection to another person became “radically less depressed”.

These findings led John to ask the question, “What is loneliness?”  He established several key points through this basic inquiry:

John argues that people need a “two-way” relationship where things that matter are shared for mutual benefit – the sharing needs to be “meaningful” for both people. He suggests that this element of exchange and mutual assistance is the “missing ingredient” needed to overcome loneliness.

Sarah Silverman (comedian, actor, singer and writer) in conversation with Amanda De Cadenet described her own experience of depression as “desperately homesick but home”. Being at home physically does not guarantee protection against depression – from feeling sad, anxious and negative; experiencing low self-esteem; and being fearful that people will dislike you. Johann suggests that Sarah’s allusion to “homesickness at home” highlights the fact that our conception of “home” has “shrivelled” from our sense of community as “home” to the four walls of our house.

The “snowball effect” of loneliness

Sarah, in her interview, also makes the point that self-deprecation, which is the hallmark of a lot of stand-up comedy, has its downside in that it leads to actual self-deprecation and depression, which becomes self-obsessive, shutting out other people. She argues that “if you can be okay with yourself, you can have a lot more room to have other people in your life”. If you feel lonely and depressed you will have low self-esteem and avoid social contact – leading to a “snowball effect” compounding your loneliness.

Johann discusses the “snowball effect” of loneliness in terms of both perception of threat and accelerated response time to potential threat. People who are lonely tend to exhibit “micro-awakenings”, a trait common amongst people who are anxious because they don’t feel protected when asleep. This state of “hypervigilance” leads to the perception of threat even when it does not exist (or experience of a slight when none is intended). The research quoted by Johann shows too that people who are experiencing loneliness tend to react twice as quickly to perceived threat as those who are not lonely.

Breaking out of loneliness

Johann argues that people experiencing loneliness are forever scanning their environment for threats because they do not feel as if anyone is looking after them – they perceive that no one “has their back”. He maintains that what they need is more love and kindness together with reassurance.

Dr. Hilarie Cash, who has extensively researched addiction to gaming and the internet, maintains that these addictions are often an attempt to escape from the sense of loneliness. She argues that what is needed is “connection with one another in a safe, caring way” – a face-to-face connection not a remote, superficial interaction mediated by a screen.

In a brief video about overcoming isolation, John Cacioppo explains how people have successfully overcome extreme isolation and loneliness. He maintains that breaking out of loneliness requires a change in cognition (the way we think about ourselves and others) as well as approaching others “in a way that is positive, in a way that is engaging and that is mutually enjoyable”.

How mindfulness can help to overcome loneliness and depression

One of the first thoughts that comes to mind is that meditation can assist us to overcome feelings of hurt and resentment. It can help us to find ways of forgiving ourselves and others. Through mindfulness practices, we can achieve calm, clarity and self-regulation (of our thoughts, emotions and actions).

Mindfulness can help us savour what we have – our work, our children, our friendships and the present moment. It can help us to slow down and express genuine gratitude which generates positive energy and builds relationships. Overall, mindfulness can help us to cultivate awareness of others, overcome self-absorption and engage in “compassion in action“. As we grow in mindfulness, we can move beyond loneliness and depression, learn to value ourselves, appreciate the present moment and reach out to others through reflective listening and compassionate action.

Image by dima_goroziya from Pixabay