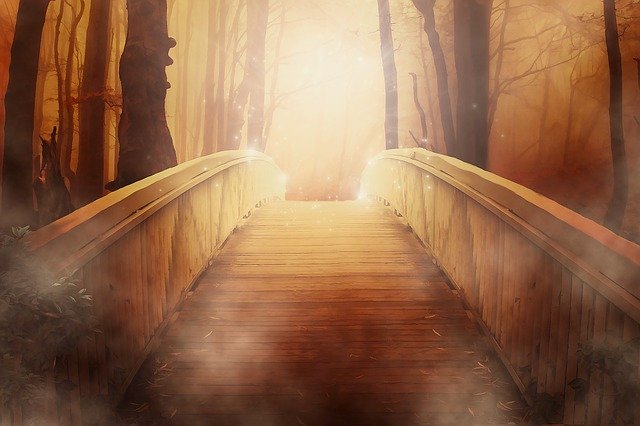 My brother Pat Passfield died at Sinnamon Village Aged Care on the 27January 2022 aged 81.  Pat joined the Jacob’s Court community in June 2012, having arrived in a wheelchair after brain surgery.  However, “Positive Pat” as he was often called, was determined to be up and about and walking again.  So, in January 2013, he began a virtual walk around Australia to improve his health and fitness and to raise funds for charities, including the Wesley Mission who ran Sinnamon Village.

Throughout his early and mid-life, Pat had been a very accomplished athlete – excelling in golf, tennis and squash.  Having played A1 Squash, he went on to represent Queensland at Masters level for 5 years and was immensely proud to tell anyone that the Queensland team won the Australian Championship in each of those five years that he played for them.  Pat learned early in life to savour his achievements and this contributed in no small measure to his positive attitude, resilience and capacity to bounce back from setbacks.

Pat brought the same determination and discipline to his virtual walking for charity as he did to his sporting endeavours.  He was incredibly determined that his kilometres covered were accurately recorded and he knew where he was on any virtual walk.  He would even study the towns that he would go through virtually so that he had a clear sense of travelling to a destination.  This was borne out beautifully in a video that shows Spencer Howson (612 ABC Breakfast Radio Show) on Pat’s virtual arrival in Cairns – with pictures of Pat crossing the finishing line at Sinnamon Village.   He used this particular virtual tour to raise sponsorship funds for Diabetes Australia and frequently mentioned how his walking endeavours resulted in his overcoming his own type 2 diabetes.

Pat started off his virtual walking trips with a mobility walker and eventually a walking stick, and in the early stages was doing 4 kilometres a week, which he gradually extended to 10 kilometres a week and then to 12 to 14 kilometres per day.  Pat would start his day with early morning walks (5.30 am) along the corridors of Sinnamon Village and then progress to collecting and distributing the mail to residents, taking shopping trips for himself and other residents to Coles (a few hundred metres away) and walking the village dog.  He would also take trips by bus to other nearby shopping centres to meet the needs of residents.

Pat constantly expressed gratitude for those who had helped him recover his health and achieve what he had achieved in terms of raising funds for charity.  He was a living/walking example of the positive power of gratitude.  He was especially grateful to the medical professionals at Sinnamon Village – doctors, nurses, hydro therapists, physiotherapists and staff who provided day care and therapy – and often referred to how they had provided guidance and support.  He was grateful, too, to his many sponsors including Coles, Athlete’s Foot and the Jindalee Hotel (where he built up a strong relationship through his frequent visits for seafood lunches and the very welcome steak).  Pat frequently expressed gratitude for the little things through micro-gestures – e.g. when I visited him in hospital two weeks before his death, he thanked me a least three times over the course of an hour for “coming all this way” to see him (a 30 minute journey by car).

Pat was not reticent to approach politicians for support of his charitable works. Jess Pugh, MP for Mount Ommaney, recalls that Pat “beat a path to her door” to seek funding for a special project – a MOTOMED Exercise Machine for wheelchair-bound residents of Youngcare Sinnamon Village.  Jess was able to report that with assistance Pat was successful in gaining a grant from the Gambling Community Benefit Fund to purchase the machine. My sister recalls that shortly after the election of Milton Dick as Federal Member for Oxley, Pat was on his doorstep encouraging him to visit a “very special place”, Sinnamon Village.  When Milton did turn up at the Village, Pat gave him a guided tour of the complex, pointing out its special features.  Milton subsequently gave a speech in Federal Parliament about Pat’s “outstanding contribution” to community life and mentioned that the Shadow Minister for Ageing and Mental Health had given Pat a Certificate of Appreciation in recognition for his services to the community.  Milton subsequently became a friend of Pat and was very saddened by his death, reaching out to my sister to express his condolences.  Pat will be acknowledged further in the future for his contribution of thousands of dollars to the charities he supported.  His virtual walking and related fund-raising activities gave increased visibility to the plight of the aged and people with disabilities, especially youth.

Pat was forever grateful to Sinnamon Village, CEO and staff, for their support of his charitable activities and his virtual walking. Their efforts reinforce the value of providing agency to people in aged care (that research has shown to be extremely positive in terms of mental and physical health outcomes).   Through his developed and supported sense of agency Pat went on to become a Resident Representative, to improve the health quality of meals in the Village, to engage residents in his gardening activities (by having them care for seedlings) and to successfully agitate for a level crossing outside the Village to enable residents to cross a multi-lane, busy road on their way to shopping or eating out.  In his last days, Pat’s doctor urged him to return to hospital.  Pat’s response was, “If I am going to die, I am not going to die in hospital, I want to die here [Sinnamon Village]”.

Pat demonstrated that focusing on a life purpose can build resilience in the face of setbacks and ill-health, stimulate happiness and joy, facilitate the realisation of personal capacity and creativity and enable the development of compassionate action.  He showed by his life in aged care that each of us, despite our physical and mental limitations, can make a contribution to others and the broader community – we each have a unique set of skills, experiences and knowledge that we can use in the service of others.  Pat drew on his salesman’s skills (he had sold forklifts very successfully in his earlier life) and his sport’s determination and resilience to engage others in his charity projects – people with power, influence, visibility and resources.

Pat’s influence extended throughout and beyond Sinnamon Village, partly influenced by his extroverted character.   Because of his love of gardening and his “green fingers” he had been given responsibility for an acre of vegetable and herb gardens which he tended with considerable loving care.  He was very proud of the fact that staff would frequently visit “his” garden to gather tomatoes, herbs and leafy vegetables for their lunches.  He also built a relationship with the nearby Creative Garden Early Learning Centre at Sinnamon Park.  The relationship had reciprocal benefits – Pat established a children’s garden which the children from the Early Learning Centre would tend weekly and make their own and they, in turn, provided concerts for the residents of the Village.

As we reflect on our life and the lives of others and grow in mindfulness – awareness of the present moment and its potentiality – we come to appreciate all we have in life, develop an increased sense of our life purpose and capacity to contribute to the welfare of others and build resilience in the face of challenging times.

Image by Larisa Koshkina from Pixabay