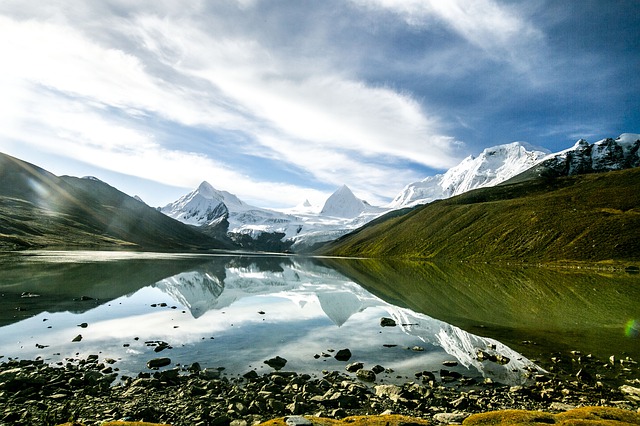 Louie Schwartzberg, time-lapse photographer and filmmaker, in a recent Wonder and Awe podcast, interviewed Lindsey Stirling, internationally famous songwriter, violinist and dancer.  They explored the role of music and nature imagery in self-healing and in stimulating energy and creativity.  Louie and Lindsey have collaborated on a number of projects, including The Big Sur – shown during the podcast interview and featured in Louie’s Moving Art video on Netflix. They identified one key aspect that their individual artistry has in common – Lindsey’s classical music and videos and Louie’s nature photography and videos – both have no words.  They pointed out that in a world of information overload they offer inspiration, a personal emotional journey, self-awareness, and self-healing.   Lyrics, in contrast, can take us down the track of the thoughts and emotions portrayed by the creator.

Healing from grief through music

Lindsey spoke of her grief with the loss of her father and her best friend in the one year, and how she turned to music as a form of self-therapy to deal with her sense of loss and associated grief.  Her album, Brave Enough, enabled her to pour out her grief and to be “brave enough” to feel the intensity of her difficult emotions.  She said that every song on the album was inspired by her feelings of grief and loss.  In her reflection on the loss through Lymphoma, of her keyboard player and best friend, Jason Gaviati, she indicated that the true path to success is being able to “rise from failure”, time and time again.  She stated that her album and related Brave enough tour were about “the courage to feel, to feel everything”.

She wrote the instrumental song Guardian which highlights the way her own grief became transformed into connection.  Working with Mako, she was able to hear the words that expressed her grief in a song called, Lose You Now.  She wanted this music to be light and conducive to reminiscing (e.g., the Monarch butterfly represented her friend Jason) while building hope for the future, despite the sadness of the past.   Louie commended her for her inner strength and ability to manage the challenges of “the journey of life” with all its waves and vicissitudes.

Bouncing back from setbacks and failure

Lindsey Stirling was buzzed off by Piers Morgan during the quarter-finals of America’s Got Talent and was rejected by the judges who variously said she was “not good enough”, “would not fill a concert hall in Las Vegas” and was “not a world-class violinist”.  All of which made her work harder at both her music and her dancing.  Lindsey’s accomplishments since then are mind-boggling.  By 2017, she had 600 Million views of her music/dance videos on her YouTube Channel and, at time of writing, this number has grown to 3 Billion views of her 100 videos.  She made history with her 5 top-selling albums and filled concert halls everywhere (her “Brave Enough tour” involved 83 concerts in 20 countries).  Also, Lindsey and her dancing partner were second on Season 25 (2017) of Dancing With The  Stars (DWTS). As she has proven in her own life, “bouncing back” from setbacks is an essential element in her success.

Parents as models and inspiration

When asked by Louie how she had developed her passion for music, dance and storytelling in song, Lindsey maintained that her earliest influences were her parents who exposed her to the arts, especially classical music.  Her mother was creative in her sewing endeavours, a skill that Lindsey also shared, while her father’s creativity was expressed through writing stories that he often read to her.  Lindsey identified her storytelling as her “greatest gift”.

Gratitude in the midst of loss and pain

Lindsey tells the story of how painful it was to be at the bedside as she and her sister watched her father die of cancer.  In those moments of extreme sadness, they found the inspiration and energy to tell each other stories of their childhood memories of being with their father.  Amidst the tears and pain, she felt an intense sense of gratitude for having had such a life together and a rich store of  wonderful memories.

This experience was replicated when she took on the challenging task of dancing and playing the violin while hanging from her hair to create the video for the song, Crystallize.  The excruciatingly painful training over three months for this achievement has been  recorded in her Hair Hanging Vlog.  Despite the pain, Lindsey was able to feel gratitude for the feelings of beauty and power that the final performance engendered in her.  Her basic message is that we are all capable of what at first seems impossible because we have achieved hard things before.    She reiterated that “courage and faith can be found through the fear”  and that “gratitude can be discovered by our losses”.

Louie observed that research has demonstrated that gratitude develops resilience.  He maintained that if your mind is filled with thoughts of gratitude, there is no room for negative thoughts.  Both Lindsey and Louie agreed that if you focus on what you have, rather than what you do not have, you are healing yourself, building your energy and opening yourself to creativity.  As Louie stated, “If every experience is a gift, then your only attitude is gratitude”.   As Jon Kabat-Zinn points out, “we become what we focus on”.   Lindsey illustrates this idea through her practice of writing in a gratitude journal each morning and night.  She maintained that this practice that started as a chore is now something she looks forward to and enables her to frequently be grateful in the moment.

Lindsey noted that while being able to play the violin, write songs and dance are gifts in themselves, her special gift that she realizes when performing is an “intense connection” with people in her audience as she looks into their eyes while performing.  For her, this is a special place where she sees the beauty in everyone and is consumed with love.

Lindsey has established the Upside Fund to provide financial assistance to people experiencing financial difficulties as a result of the pandemic.  She started this fund, which accepts donations, after her father died in hospital and she began each Christmas to pay the hospital medical bills of 10 people.  The name of the fund is based on the idea that we can each “lift where stand” – we are each in a unique position to contribute to the welfare of others based on our life circumstances, location, and the gifts that we are grateful for.  Lindsey particularly works through her fan base to build the fund and support people in need.

I have previously explored the relationship between mindfulness and playing a musical instrument.  Lindsey stated that when she plays the violin for herself (not for her work) she finds it meditative.  She is completely in the moment when she dances and particularly when she is doing so in nature.

Louie as an “action man” is not a practitioner of formal meditation – he experiences his mindfulness through immersion in nature which he contends increases his capacity for “courage, creativity, kindness and compassion”.

Both Louie and Lindsey suggest that to be more mindful and focused on the moment that we should not be obsessed with the end goal but experience the process fully, whether it is playing an instrument, learning a dance, taking time-lapse photography, or developing a video.  Louie stated that after 40 years of time-lapse photography, he has only a total of 16 hours of high-quality film – he indicated that a day’s work would typically produce 2 seconds of useful film.  To him the process of observing and photographing the beauty of nature is what brings him joy, healing, and happiness.  He can walk in nature when not filming and notice the quality of light and how it reflects on plants and flowers.  He can walk mindfully in nature, engaging all his senses.

Louie articulated his belief that nature cultivates gratitude and mindfulness when he presented a Ted Talk on the theme, Nature, Beauty, and Gratitude, which featured his movie titled Gratitude that incorporated his time-lapse photography and his fundamental belief about the need to be grateful for everything in life.

Nature stimulates reflection, healing, energy, gratitude, and creativity.  Music and dance, in their many forms, can have similar outcomes.  We have a choice in terms of how we spend our time and what we consume mentally and emotionally.  We can grow in mindfulness and enjoy all its benefits through exposure to nature, music and dance or we can become overwhelmed by information and the news and the negativity that they often engender.

Image by sun liming from Pixabay 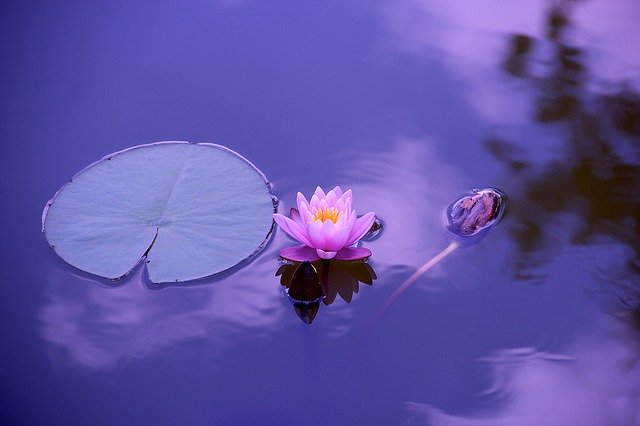 The experts in the area of narcissism inform us that narcissism is not a single state but is a spectrum ranging from exhibiting narcissistic tendencies to having a narcissistic personality disorder.   They remind us that we all have narcissistic traits to a greater or lesser degree – shaped by the prevailing culture, our neurological/psychological makeup and/or the experience of being in a relationship with a narcissist (in a personal or work situation).  Whatever way you look at it, we have influences that can engender narcissistic behaviour on our part – the culture of individualism, entitlement and materialistic values is a seedbed for narcissism.

How can mindfulness help to reduce narcissism in our lives?

Experts in the area of narcissism and its impacts on psychological welfare identify a range of mindfulness meditations that can assist us to reduce narcissism in our own behaviour and to cope with the negative impacts of relationships (both work and personal) with people who are high on the narcissism spectrum.

Mindfulness meditation, in its many forms, can help us to redress the negative psychological impacts of a relationship with a narcissist, become aware of our own narcissistic tendencies and develop enhanced self-awareness and improved self-management.  As we grow in mindfulness, we can better understand the forces shaping the behaviour of a narcissist, and our own behaviour, and be able to extend loving kindness to them and ourselves.  As we reflect on our own narcissistic tendencies, we can begin to offer compassion and sympathetic joy to others.

Image by Devanath from Pixabay